Lagos-based consulting agency The Temple Company and Mumbai-based TV producer Zee World have struck a partnership aimed at driving growth for Indo-Nigerian creative industries and bridging the divide between the two markets.

The deal, unveiled at The Temple Company’s headquarters in Victoria Island, Lagos, means The Temple Company is now the official marketing partner/creative agency for Indian content giant Zee Entertainment Enterprises and will serve as its representative to interface with public-sector organisations looking to leverage its platforms to their advantage.

Idris Olorunnimbe, founder of The Temple Company, said the partnership aligned with the firm’s goal to foster cross-border collaboration that will ultimately help drive growth for Indo-Nigerian creative industries.

He said: “We were ready for this collaboration long ago. When we launched The Temple Company, we had our job cut out to attract strategic collaborations that would impact positively on the creative economies across territories. This new partnership with Zee Entertainment embodies these aspirations.

“We are excited at the promise this presents for sectoral growth. We look forward to the fruits that this partnership will produce. Time to get to work!”

Somnath Malakar, CEO of sub-Saharan Africa and Indian Islands at Zee Entertainment Enterprises, added: “We are certainly excited to partner with The Temple Company, which positions us to collaboratively unlock the opportunities presenting themselves in Nigeria, the biggest and fastest-growing television market in Africa.’’

Bollywood channel Zee World debuted on Nigerian television in February 2015 and has proved popular among Nigerian families. The channel commands a viewing share of up to one-fifth of the entire Nigerian pay TV landscape, according to Zee, and is now ranked as Nigeria’s most watched TV channel across all platforms.

The show runs to 104 half-hour episodes and is the first local version of successful Indian drama Pavitra Rishta.

The cast and crew come from Nigeria and the show was shot in Kenya, Ghana and Nigeria.

The new show will star Nollywood actor Mike Godson who signed a deal with Bollywood producers last year to feature in an English-language TV series on Zee World, the South Africa-based Bollywood channel.

The show will air soon but the exact date has not yet been announced.

Godson, who will appear alongside stars from other African countries in the yet-to-be-revealed series, said: “I’m super excited because we are going to be telling those Indian love stories the African way. All the Zee World lovers, stay tuned.” He made the announcement via Instagram.

Godson has previously featured in movies such as Love Bond, The Chosen Child, The Prince & The Slave and 7 Books of Moses. He was named Best New Actor of the Year at the 2015 Classic Africa Merit Awards. 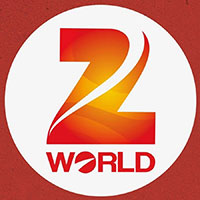 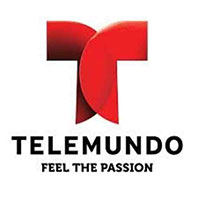 Harish Goyal, CEO of Zee TV Africa and Indian Ocean Islands, told the content upfronts in Lagos that while some dramas will be returning, others will make their debuts on Zee channels.

Zee World has lined up drama series including Bride With Benefits, Begusarai, Amma, My Golden Home and Iron. Meanwhile, Twist of Fate and King of Hearts will be coming back for second seasons.

Zee BollyNova will offer a variety of shows, such as Look Love What You Made Me Do, Fear Files, Saloni and Destiny, with The Vow set to launch in May.

“We are really excited about the wide acceptance and appreciation of our programmes here in Nigeria and we keep improving our content to keep our viewers happy. This year, we would like to assure our viewers of world-class entertainment in line with Zee entertainment’s global offering. We have a line-up of exciting new programmes across all channels to bring you the best of Bollywood,” said Goyal.

Also on offer will be a variety of Indian pop music on Zee World’s BollyTunes.

Zee World is a South African-based English-Bollywood channel owned by Zee Entertainment Enterprises. It has viewers in more than 173 countries and airs on DSTV channel 166 and GOtv Channel 25.

tagged in: Amma, Begusarai, BollyNova, BollyTunes, Bride With Benefits, Fear Files, Harish Goyal, Iron, King of Hearts, Love What You Made Me Do, My Golden Home, Saloni and Destiny, The Vow, Twist of Fate, Zee TV, Zee World

In an interview with News Agency of Nigeria, Okpala shared his concerns over sitcoms produced in Nigeria and their lack of sponsorship.

“Foreign soaps, like Mexican ones, Telemundo, Zee World and the rest of them have flooded our TV screens and our indigenous TV drama series are suffering. Popular programmes The New Masquerade, Cockcrow at Dawn, The Village Headmaster and others were left to slip away,” said Okpala.

“The dwindling economy is the major problem for production in this country and lack of sponsorship has contributed to the death of programmes. Without the economy being vibrant, you cannot push programmes forward. People cannot do productions without it yielding something substantial to take care of their families.”

Okpala believes sponsorship is vital to producing top-notch TV drama, saying that most of the old sitcoms stopped airing because they lacked support from sponsors.

Foreign networks are not helping matters because they have drawn Nigerian viewers to them, he claimed, leaving very little viewership for the indigenous sitcoms still airing.

Okpala insisted that if local sitcoms are produced and sponsored it will support the livelihoods of many more people, which will boost the country’s economy.

Okpala is best known for his role in 1990s sitcom New Masquerade.