Nigerian-American actor Uzo Aduba has been nominated at the 88th US Annual Drama League Awards, being presented in New York this month.

Aduba has been nominated for a distinguished performance award in a theatre production for her performance in one-act play Clyde’s, which is showing at the Helen Hayes Theater on Broadway in New York.

Clyde’s was written by Lynn Nottage, directed by Kate Whoriskey and is set in a truck stop sandwich shop where kitchen staff who are former prison inmates work for their shot at redemption.

“Even as the shop’s callous owner tries to keep them under her thumb, the staff members are given purpose and permission to dream by their shared quest to create the perfect sandwich,” according to the playbill.

The awards will be presented in New York at The Ziegfeld Ballroom on May 20 at 12pm.

Aduba said on Instagram: “Oh Wowza!! Thank you Drama League for my nomination and for recognising our play by the brilliant Lynn Nottage, my castmate, the wonderfully talented Ron Cephas Jones, and our incredible director, Kate Whoriskey. I love you guys! Congrats to all the nominees.”

Aduba is up for Best Performance by an Actress in a Television Drama Series for her role as Dr Brooke Taylor in HBO drama series In Treatment.

“Thank you all for this nomination which, whatever the outcome, is so symbolic for me for so many reasons,” said Sy on Instagram.

The 79th Golden Globe Awards will honour the best in film and American television from 2021 and are scheduled to take place on January 9, 2022.

Nigerian-American actor Uzo Aduba has been revealed as the host of Netflix Book Club, a forthcoming series about books the streamer has adapted for the small screen.

Available via the Still Watching Netflix YouTube channel and the Netflix US Facebook channel, the show will introduce viewers to books that they will soon be able to watch as films and series on the streamer, as well as those that have been adapted for Netflix in the past.

It will begin with the stars and storytellers behind the latest book-to-screen adaptations sitting down for candid conversations while delving into the depths of how beloved characters, themes and stories are brought to life on the page and on screen.

Recent Netflix book adaptations that will be discussed include Bridgerton, The Queen’s Gambit, Orange is the New Black (which starred Aduba) and The Maid.

Forthcoming book adaptations being spotlighted include Nella Larsen’s Harlem Renaissance-era novel Passing, which has been adapted as a film directed by Rebecca Hall and will be released on Netflix next month.

Passing follows the story of two black women who can pass as white and choose to live on opposite sides of the coluor line in 1929 New York. Aduba will sit down with Hall and stars Ruth Negga and André Holland to discuss the adaptation on November 16.

Netflix chief marketing officer Bozoma Saint John said: “From Bridgerton, To All the Boys and Sweet Magnolias to Queen’s Gambit, Unorthodox, Virgin River and, of course, Orange is the New Black, Netflix loves bringing books to life on screen and creating conversation with passionate readers and fans. We’re thrilled that the incredible Uzo Aduba will be our host to discuss favourite books and what goes into writing, developing, casting and creating our beloved series and films.”

Aduba added: “I can’t tell you how many times I’ve asked friends, ‘But have you read the book?’ so I’m excited to host Netflix Book Club and bring together loyal book fans, TV and movie obsessives and the creators behind their favourite stories. I can’t wait to dive deep into the creative process and what it takes to bring a book to life.”

Erivo was put forward for Outstanding Lead Actress in a Limited Series or TV Movie after her performance as singer Aretha Franklin in the third season of National Geographic series Genius.

Fagbenle was nominated as Outstanding Supporting Actor for his role as Luke Bankole in Hulu drama The Handmaid’s Tale, while Aduba is up for Outstanding Lead Actress in a Drama Series for her performance as Dr Brooke Taylor in the fourth season of HBO drama series In Treatment.

“Thank you to the Television Academy for this honor. Dr Brooke Taylor is feeling gooood,” said Aduba on Instagram.

The 73rd Emmy Awards ceremony will take place on September 19 in Los Angeles and will be broadcast in the US by CBS and ViacomCBS-owned streaming service Paramount+.

Award-winning Nigerian-American actress Uzo Aduba is to star in the fourth season of HBO series In Treatment. 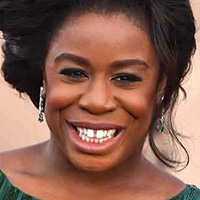 According to the cable network, Aduba will play the observant, empathetic Dr Brooke Taylor, the therapist at the centre of the new season. Aduba’s character will come into contact with a diverse trio of patients, helping them solve a variety of modern concerns while trying to deal with complications in her own personal life.

Aduba took to Instagram to say: “One doctor, three patients, and a whole lot of treatment. The time is yours.”

The series will premiere on May 23 on HBO Max.

The seven-part series will launch on the global streamer later this year in more than 240 territories.

David Weil (Hunters) will serve as showrunner and executive producer on the show, alongside exec producers Sam Taylor-Johnson and Laura Lancaster. Pixie Wespiser will produce the series.

Solos will tell character-driven stories from different perspectives and moments in time to explore human connection.

Weil said: “I created this piece with a desire to capture stories about connection, hope and the search for that common hum of humanity that binds us all.”

Nigerian-American Uzo Aduba has won the Emmy for outstanding supporting actress in a limited series for her role in Mrs America, the miniseries that originally aired on US pay network FX.

The nine-part historical drama centres on the political movement to pass the Equal Rights Amendment in 1970s America. Aduba plays real-life politician Shirley Chisholm, who battled against discrimination on the grounds of both sex and race.

Accepting her award, Aduba paid homage to Chisholm, who became the first black candidate to receive a presidential nomination from a major party in 1968.

“I want to say thank you for Shirley Chisholm for her championship work for all the people who have been forgotten and marginalised who she represented. Winning means a lot, particularly for the character that I was able to play. It feels especially touching to bring her story to light, and the stories of those who have not been heard,” Aduba said.

Nigerian-American actress Uzo Aduba is to co-star in the forthcoming fourth season of US network FX’s drama anthology series Fargo.

Based on the 1996 movie of the same name, Fargo is written, directed and executive produced by Noah Hawley, who created the show. The new season is set in 1950 in Kansas City, Missouri, and follows two criminal syndicates that trade their sons in a bid to settle their scores.

Aduba is best known for her breakout role as Suzanne ‘Crazy Eyes’ Warren in Netflix original Orange is the New Black, which earned her two Emmys and a SAG Award.

Fargo is produced by MGM Television and FX Productions. Production on season four will begin this fall in Chicago for a 2020 premiere.

Chisholm became the first black woman to be elected to US Congress in 1968. The nine-part series looks at her battle against discrimmination on the grounds of sex as well as race.

Aduba is an award-winning actress known for her roles in Netflix’s Orange is the New Black and Coram Boy. She has received two Emmys, five Screen Actors Guild awards and a Critic’s Choice Award.

The date for the show’s premiere has not yet been set.