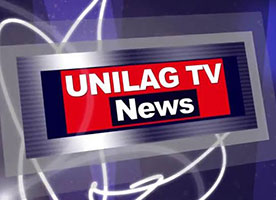 Unilag TV has pledged to deliver factual, credible and impartial news reporting and to become one of the most trusted news sources in Nigeria.

At a conference marking the launch of the channel, university vice-chancellor Professor Oluwatoyin Ogundipe said the institution had longed to have a television station ever since it pioneered campus radio broadcasting in 2004. It was issued a television operational licence by the News Agency of Nigeria in 2017.

“Today, we are elated to see this great dream come to full manifestation while trailing the blaze not only in Nigeria but in the whole of West Africa,” Ogundipe said.

“Our team of world-class professionals are all set to inject fresh ideas and energies that will take broadcasting to the next level in Nigeria. The channel will also serve as a reference point in sports reporting, documentaries and quality entertainment, and as an instrument of educational advancement,.”

Aside from airing news, Unilag TV will also serve as an instructional facility for the university’s distance-learning programme.

Professor Olumuyiwa Falaiye, chairman of the Unilag Multimedia Venture board,  said the channel would transmit only within Lagos State for now as more staff undergo training.

“With all of our state-of-the art equipment in our studio, we are set to become an active player in the media industry,” he added.

Professor Oluwatoyin Ogundipe, vice-chancellor of the University of Lagos (Unilag), has announced that Unilag TV will launch in February, reports Gabriella Opara.

Recently granted a licence by Nigerian president Muhammadu Buhari, Unilag TV will be the first campus-based television channel in Nigeria. It will focus on research-oriented education and ease communication within and outside the university community.

Professor Ogundipe said: “The approval to operate a television station will improve our branding; we are bringing in professionals to help kick-start the station.”

According to the vice-chancellor, Unilag competed against 19 universities to win a US$5m grant from the World Bank in order to supply Unilag TV with a world-class studio, equipment and other gadgets. He also said the university has paid N10m to have its station licensed.

Professor Ogundipe also expressed his gratitude to the former vice-chancellor, Professor Rahamon Bello, and Professor Ralf Akinfeleye of the Department of Mass Communication for their work in pursuing the dream of getting a TV station for the university.

“It is now on record that the present administration signed the first campus TV licence and we remain deeply grateful to the president. The university is a brand. We want the university to be the research hub in Africa, and we are working towards being among the best three in the entire continent,” the vice-chancellor said.

Dr Olubunmi Ajibade, senior lecturer in the communication department, said: “We train people for the industry, so we are in the best position to attract the best hands.”

Unilag TV will air on MultiChoice-owned DSTV, one of Nigeria’s leading pay TV platforms, ensuring that everyone within and outside the country has access to the channel.