The thriller, directed by Tade Ogidan, tells the story of a young, spoiled child who is sent to university by his parents and later a gang while on campus. It stars Richard Mofe Damijo, Teju Babyface, Sola Sobowale and Bukky Ajayi.

“We’ve just acquired the intellectual property rights to this Nollywood classic, and we can’t be happier. This would be a remake and not a sequel. This might probably be the last movie under the Play Network Nostalgic collection. Coming soon to your screens,” said Charles Okpaleke, CEO of Play Network Africa, parent company of Play Network Studios.

The production company was also behind Nigerian movies such as Living in Bondage: Breaking Free (2019), which was exec produced by Okpaleke, as well as Nollywood remakes Rattlesnake: The Ahanna Story and Nneka The Pretty Serpent.

The supernatural drama, which is yet to be titled, is set in modern-day Nigeria, shot in Lagos and produced by Rififi Pictures.

The series tells the story of Kemi, a goddess reincarnated as a human to avenge her sister’s death. However, she must learn how to use and harness her superpowers to defeat her enemies and save her family from destruction.

“I’m excited that in the same week that we’re launching Queen Sono, we had the opportunity to be here in Lagos with Nigerian storytellers to share plans of our first Nigerian original production,” says Dorothy Ghettuba, who leads African originals at Netflix.

“Our continent has a wealth of diversity, multiplicity and beauty in stories that have yet to be told and we want to be top of mind for creators in Nigeria, especially when it comes to stories they haven’t had a chance to tell yet.”

Ted Sarandos, Netflix’s chief content officer, said: “We’re incredibly excited to be investing in Made in Nigeria stories – bringing them to audiences all around the world.” 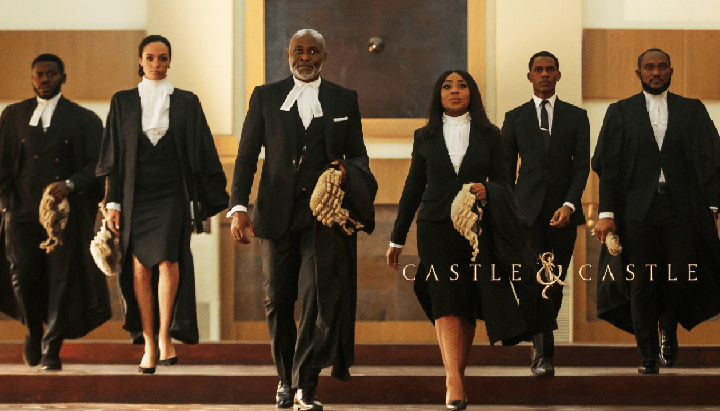 The stars of two classic TV series have reunited for Africa Magic Showcase drama Mr X Family Show which will premiere on DSTV in May.

Producer and star Richard Mofe-Damijo will act alongside Ego Boyo, with the pair playing a couple two decades after they took lead roles in classic TV series Violated and Checkmate.

Mofe-Damijo said: “I can only hope that getting back together again on TV will tickle fans of Ann Hathrope and Segun Kadiri and the fans of Tega and Peggy who have been craving to have them grace their TV screens again. Ego and I are pretty excited about this and hope the excitement catches on.”

Mofe-Damijo will be making his debut as a producer with the series. Information about other cast members is yet to be released.

Mr X Family Show is exclusive to Africa Magic Showcase, on DSTV channel 151. It will premiere on May 6 at 18.00 and repeat broadcast will be aired on Thursday and Friday at 23.30.