Lagos-based lifestyle channel Red TV, launched as a streaming service in 2015 by United Bank for Africa, has won the Gage Awards for Online TV of the Year. 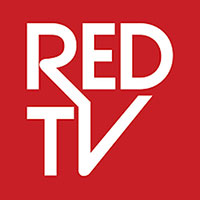 “Congratulations to the winner of the Online TV of the Year category,” said the London-based events management company Gage on Instagram.

The Gage Awards celebrate the best and the most exceptional individuals and brands who have blazed a trail in the digital space.

Lifestyle channel Red TV, launched by United Bank for Africa (UBA), is set to debut new drama Public Figure on its YouTube platform on May 19.

The show is a tale of power, fame and lust and will feature award-winning Ghanaian actors including Van Vicker, Dela Seade, Kingsley Yamoah, Aaron Adatsi and Daisy Little. Eddie Seddoh is directing and associate producers include Obina Okerekeocha and Olufemi Bamigbetan.

The lifestyle channel said: “This time we bring you something really shiny from the Gold Coast. Prepare to be entertained like never before.”

Red TV is also behind other recently launched series, such as The Men’s Club, Inspector K and Our Best Friend’s Wedding.

The most recent series, Assistant Madams, was announced in January. The story revolves around the lives of three aspiring female Lagos socialites and their journey to ‘big girl’ status.

“Red TV was birthed by the UBA to support the creative industry in Nigeria and also across the African continent,” said the channel’s exec producer Bola Atta, speaking at the Assistant Madams launch in Lagos recently.

“For about four years now, we have been creating employment through entertainment. The potential revenue that can be generated in this industry is often underestimated and it is only in recent times that more people have had the courage to leave traditional professions and embrace the creatives. We want to encourage talented and creative professionals to pursue their dreams and to confidently feel that they are contributing to economic growth.”

Popular reality show Big Brother Naija bagged was named Best TV Show of the Year. The series, based on the Endemol Shine Group format, was renewed recently for a third season.

Big Brother Naija kicked off its run season in January, a decade after its first, on DSTV channel 198 and GOtv Plus channel 29. The season lasted for 78 days and contestant Efe Ejeba won the grand prize of N25m and a new SUV.

Other award winners included lifestyle TV presenter Seyitan, of RedTV’s The Sauce, who was named Best TV Presenter of the Year at the event, on November 25. Seyitan stepped into the media world 10 years ago, starting up as an intern at Channels TV and Inspiration FM in 2007 and 2008, respectively.

After obtaining a degree in international broadcast journalism at Birmingham City University, she moved to Arise TV in London as a news manager and later became a production manager for Play Center Nigeria before joining UBA’s Red TV.

Best Lead Role in TV went to Oreka Godis for her part in TV drama Our Best Friend’s Wedding. The series ran on Red TV from January to April. Asides being an actress, Godis also works as a presenter, writer and producer for TV and radio.

The Nigerian Entertainment Awards is an annual entertainment award show held in the US, with the aim of celebrating the efforts of entertainers who have made contributions to the African entertainment industry, while promoting the image and rich culture of Nigeria.