Pay TV company MultiChoice has received more than 140 nominations across all categories in the 15th edition of the South African Film & Television Awards (SAFTAs).

The company said the achievement demonstrated its high investment in local content and is a win for the local TV and film production industry.

Showmax originals including Lockdown, Loving Thokoza and Black Tax were also nominated, while TV series Lebo M: Coming Home, Life With Kelly Khumalo and Somizi & Mohale are competing against each other in the category of Best Structured Reality TV Show.

Yolisa Phahle, CEO of general entertainment for MultiChoice group, said: “We are excited to once again see most of our shows scoop the bulk of this year’s SAFTA nominations. This is a win for local TV and film and demonstrates MultiChoice Group’s commitment to investing in local content to allow for local stories to be told by Africans.

“The nominations are also a testament to the incredible resilience of all the talent, cast and crew in various productions as our industry navigated the complexities brought on by the global Covid-19 pandemic, which were characterised by production stoppages and a period of uncertainty for many creatives.”

Production company FilmOne Entertainment has unveiled four new Nollywood movies that will debut in Nigerian cinemas in the upcoming months.

FilmOne Entertainment said on Instagram: “Can you feel the excitement? The Wait movie is in cinemas on the 30th April. Trust us, it is worth the wait.”

My Village People is a dark comedy set in the world of African folklore. It is written by Bovi Ugboma, directed by Niyi Akinmolayan and stars Rachael Oniga, Sophie Alakija, Charles Inojie and Nkem Owoh. 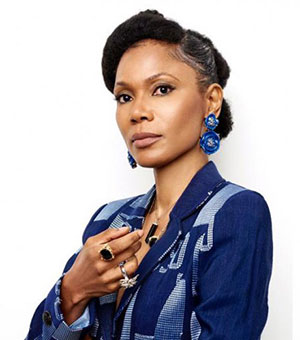 The aim of the show is to have conversations about the Covid-19 pandemic, the lockdown, its effects on crime, conspiracies, the economy, our health system and more.

Iyanda will have conversations with professionals and lawmakers about the pandemic in an attempt to find answers.

She said: “The question is, what happened? I don’t think anyone has an answer. For the first time in modern history, something has happened to put the world at a standstill. We are being forced to question who we are, how we live, how we want to go on and how we got where we are today. This is an opportunity to begin to have hardcore conversations by asking the right questions of the right people.”

Iyanda, who took a career break a few years ago, began in television by producing and presenting Good Morning Nigeria, a breakfast magazine television show that focused on the injustices suffered by Nigerians. She also produced and hosted the successful and transformative New Dawn in 2000, a show that tackled many social issues.

Public Eye Live is on every Friday on Instagram Live at 8pm.

Pay TV operator StarTimes has introduced and educational television programme for students and children across Africa amidst the ongoing Covid-19 lockdown.

The programme, which will air in various African countries including Nigeria, Kenya, Uganda, Ghana, Guinea, South Africa and Mozambique, will ensure kids enjoy great educational content that will inspire learning and spark curiosity.

The show is set to air from Monday to Friday at 10.00am on ST Kids, homeschooling children on subjects such as social studies, science, handicrafts, painting and dance.

StarTimes said: “We have been working closely with each country’s authorities and broadcasters to provide local educational solutions to every African family. Education is crucial for every society and television is a unique tool to reach kids wherever they are. At the moment, the world has chosen TV as the main education platform since the shutdown of schools and we have made it a priority to keep children busy at home through various learning programmes.”