France Télévisions and WarnerMedia are co-financing an animated special based on publishing property Akissi, which centres on a mischievous girl growing up in Ivory Coast.

French animation studio Ellipsanime has begun production on the 1×26′ special in Paris, based on Marguerite Abouet and Mathieu Sapin’s children’s comic book series.

The comics were inspired by Abouet’s childhood in Abidjan, a city on the southern Atlantic coast of the French-speaking West African country.

According to the producers, the show will use humour, energy and a universal style to tell the stories of an intrepid little girl and her monkey, while portraying a lively and uninhibited Africa “far from the usual clichés.”

The actors who voice the French version of the special, including Kayla Lingalé, were cast in Abidjan, while the dubbing for the international version will be done in South Africa by the African Animation Network.

French pubcaster France Télévisions will debut the special in France and WarnerMedia is set to air the toon on Boomerang in English-speaking Africa in 2022.

Aimed at six- to 10-year-olds and directed by Alexandre Coste, the special comes after an animated adaptation of Akissi was first pitched at Cartoon Forum in France in 2017.

Abouet said: “Akissi invites children to go off into a warm and chaotic unknown world, an uninhibited and relaxed roam through an Africa that is so near and yet so far away.

“It’s like an open-air theatre where your attention is unceremoniously grabbed by these young characters and their sense of hospitality. And even though they have some faults, they are always happy and active, and children from all over the world will be able to identify with them.”

Pierre Siracusa, head of animation for young audiences at France Télévisions, added: “This programme is our first incursion into the everyday life of African children, which is universal and accessible to our young audiences thanks to the talent of Marguerite Abouet and the graphic skills of Mathieu Sapin.

“Akissi celebrates the arrival of a modern heroine and contributes to increasing the number of heroic role models present in our editorial offer. One of the many riches of this special is that it promotes diversity on screen and is precisely what we want to cultivate on our channels.”

Ariane Suveg, kids’ content director for France, Africa and Israel at WarnerMedia, said: “Akissi is a free, singular, mischievous and kind heroine in the animated and vibrant environment of contemporary Africa. The idea is that, through this special, we will be able to increase our animation offer specifically aimed at young African audiences and work towards a diversity of characters in unique stories.”

South African public broadcaster SABC has pre-bought Ambre (6×60’) to air in 2022, while RTI Distribution is handling sales internationally. KAE is best known as the producer of the SA version of Ugly Betty.

Ambre is produced by Matchbox Multimedia director Lebone Maema, co-created by Maema and Ivorian writer Binta Dembele and will be shot in South Africa and in Ivory Coast with actors from both countries. The language mix will comprise equal proportions of English and French, according to the producers.

The show is a futuristic action thriller about courage, hope and the heroism of youth in desperate times, according to KAE, and “epitomises the company’s vision for creating premium African global content.”

The story is anchored in the love of hip-hop music and informed by the controversial history of chemical and biological weapons in Africa, all wrapped up in the mysticism of Zulu healer Credo Mutwa’s literature.

Maema described the show as “in the vein of American Gods and Black Earth Rising.”

KAE chairman Joel Phiri said: “Through this deal, a South African production company supported by a national broadcaster will work directly with a francophone West African national broadcaster, as well as international partners, on this milestone coproduction. We are going big, superhero big, big budget-big and we are looking forward to finding other global broadcasters and distribution partners.”

Ana Ballo, director of RTI Distribution, added: “It is a real pleasure but also a real challenge to pull off such an ambitious project with our South African partner and counterparts. We really hope that this project will be backed up by both governments and by private sector sponsors to reach the level we are aiming for.”

“We continue to seek meaningful partnerships on the continent where we can co-create new formats and stories that drive African storytelling. Our aim with this partnership is to create an environment to maximise opportunities for the best ideas, talents and partnerships in an increasingly competitive and global environment,” added Renée Williams, head of local productions at SABC.

KAE was co-founded by Tshepiso Chikapa Phiri and Dan Jawitz and is the prodco behind SABC1’s hit show Ubettina Wethu, adapted from Yo Soy Betty La Fea, on which Ugly Betty is also based.

Following auditions in Ibadan, Enugu, Abuja and Benin, the second season of the show will have its final auditions in the city of Lagos.

Contestants from Nigeria, Ghana, Cameroon, Ivory Coast and Ethiopia will compete for a chance to win US$20,000 and other prizes in various mental and physical challenges and games.

The Maltavator Challenge is in search of contestants that are strong, fast and smart, who will join winners from the previous auditions to battle it out at the grand finale for the final spots on Team Nigeria.

Aspiring contestants – known as Maltavators – should arrive at the venue by 7am dressed in their sport gear to tackle the obstacle games. 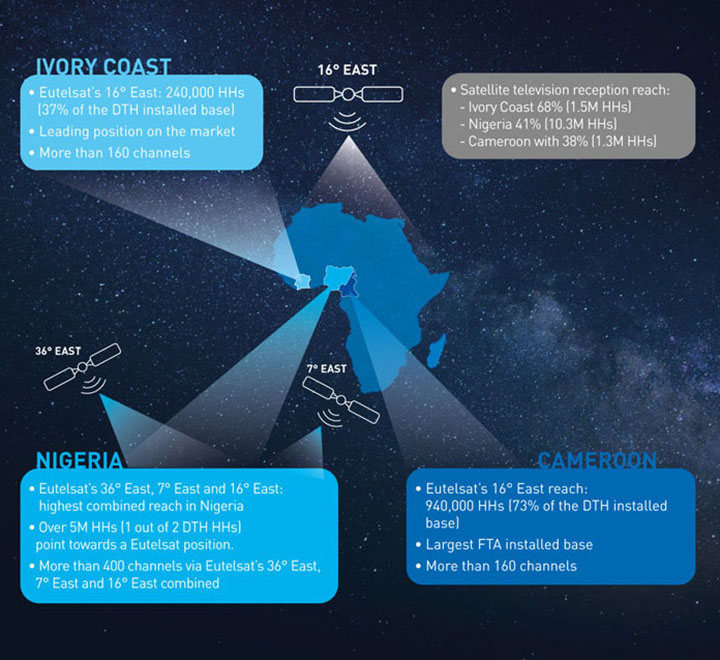 The first roundtable session of the Nigeria International Television Summit addressed the need for TV producers to create relevant content in the broadcast industry.

The discussion was led by Ahmadou Bakayoko, director general of Ivory Coast public broadcaster RTI, who showcased the promotion of Nollywood content on screen.

The various media stakeholders deliberated on the necessity for Nigeria and Ivory Coast to partner and collaborate in order to promote African content.

“We aim to promote and distribute RTI’s own productions in Ivory Coast and abroad,” Ballo said.

There needs to be a shift from the norm and producers need to come up with new ideas that will replace existing ones on television, she added. “We require stories that have volume of content.”

In view of this, producers ought to know their market and consumer demands so that they can effectively produce meaningful content, the panel agreed.

Emphasising the point, Oladipo revealed that EMCOAN only uses equipment of international standard, which gives it the best quality content.

Coproduction was also top of the agenda, with panel members believing it would help strengthen the relationship between Nigeria and Ivory Coast. “You cannot make money alone,” Ahmadou said, concluding that partnerships are important.

Making high-quality, premium content is the way to go for the TV industry, the panel concluded.

The pan-African gameshow organised by Nigerian beverage company Malta Guinness is back for a second season.

The Maltavator Challenge will feature contestants from Nigeria, Cameroon, Ghana, Ivory Coast and Ethiopia, who will compete to win US$20,000 and other prizes. The contestants will take part in both mental and physical tasks and activities.

While auditions recently took place in Oyo State capital Ibadan, the search is still on to find more contestants from other cities in Nigeria who will make it to the final stage of the competition.

Ifeoma Agu, brand manager of Malta Guinness, said: “The Maltavator Challenge is a Malta Guinness platform that showcases how consumers can turn the Malta goodness into greatness.

“This is in tandem with the brand purpose of Malta Guinness, which exists to fuel the can-do spirit of Nigerians as seen here today with the impressive turn-out of Nigerian youths in Ibadan to contest for a chance to represent Nigeria in the Pan African TV show.”

Although the air date has not yet been announced, the show will be carried by major TV stations across Nigeria and in other participating African countries. 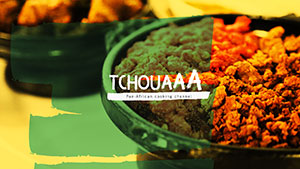 Discop plans to follow next year’s market at Abidjan in Ivory Coast, where the first edition of the knowledge-transfer and matchmaking programme Discore will be held, with a launch in Lagos in 2019, reports Abraham Osemwenkhae.

The event’s organisers are looking to focus on the booming industry in Nigeria, the world’s fastest-growing entertainment market over the next five years, as predicted by PricewaterhouseCoopers recently.

Discop Lagos will have its own personality, format and agenda. Cross-cultural bridges will be built between this new market and the ones in Abidjan, Dubai and Johannesburg. Identical research, promotional, meeting organisation and travel planning services will be provided to all delegates ahead of each market.

While recession has hobbled the Nigerian economy for much of the past year, forecasts predict continued growth for Africa’s entertainment marketplace. “Within the next five years, the Sub-Saharan African marketplace is expected to grow by 35% and become the fastest-growing world region for entertainment content business,” said Patrick Zuchowicki, general manager of business event organisers Basic Lead.

That growth will be driven by “original, multi-platform entertainment content produced in Africa, reinforced trade between Sub-Saharan African countries and intra-regional coproduction initiatives. People from Nigeria are not going to go to Sweden to sell their content – they’re going to stay in Africa. That’s where their prime market is,” said Zuchowicki.

Nigeria was the first country to take centre-stage at Johannesburg-based Discop Africa in November 2013. A range of dedicated events, screenings and conference tracks took place to mark the 20th anniversary of Nollywood, which highlighted the rapid growth in the Nigerian movie industry.