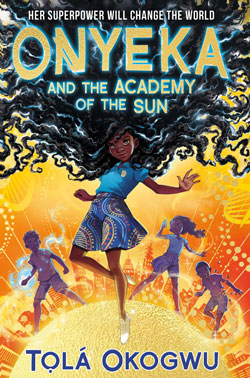 The partnership is through the husband-and-wife team’s production company Yoruba Saxon. LA-based 101 Studios will serve as production partner on all projects.

The first project to emerge from the deal is Bass Reeves, a limited series about the famous lawman of the Wild West, which is currently in development. David Oyelowo is attached to play the titular character and Taylor Sheridan is producer on the project.

David Oyelowo said: “The stories Jess and I want to tell are boundary-busting and full of folks the likes of whom we have seldom seen on screen. The extraordinary story of Bass Reeves exemplifies just that.

“To collaborate with world-class talent like Taylor Sheridan to tell those stories to the widest audience possible is our dream, and we believe that can and will be realised through the shared ambitions we have with ViacomCBS and its signature branded platforms, alongside our seasoned and brilliant producing partners at 101 Studios.”

Chris McCarthy, president and CEO of MTV Entertainment Group, said: “David and Jessica are incredibly talented artists and we’re excited to develop our Bass Reeves project together with them and our phenomenal partner Taylor Sheridan. As the first black deputy US marshal west of the Mississippi River, Reeves’ story is monumental, and this limited series will bring to light one of the greatest frontier heroes in our country’s history.”

The film is based on the 2016 novel Good Morning Midnight by Lily Brooks-Dalton and follows a scientist who attempts to save humanity by venturing into the arctic circle to warn a returning spaceship of the global catastrophe that happened in their absence.

Oyelowo plays spaceship officer Commander Adewole, a character whose name was changed from the novel, where he was called Harper, at Oyelowo’s suggestion.

According to the actor, he proposed the change on set to Clooney, who also directed the film, in order to adequately reflect his own roots.

He said: “I have almost never seen a black person being the head of astronauts in a movie and I had most definitely never seen a person of African descent, who is of Nigerian descent. So I went to George Clooney and I said, ‘Look, my name is Commander Harper, I am one of five people tasked with saving the world. I think one of these people should be very clearly an African,’ and he agreed.

“The character’s Yoruba name, meaning ‘the king has entered the room,’ was quite symbolic. It was a little wink to us Nigerians to say we have arrived.”

Nigerian-British-American actor David Oyelowo is to star in Showtime drama pilot The President is Missing, based on the bestselling novel by former US president Bill Clinton and James Patterson.

The series tells the story of a powerless and politically aimless vice president, played by Oyelowo, who becomes US president unexpectedly and against his wishes. He has to deal with crisis both within and outside the White House amidst scandals, conspiracy and attacks by friends and enemies.

The pilot, which is set to begin production in 2020, is being written and executive produced by Anthony Peckham, alongside Christopher McQuarrie, Heather McQuarrie, Clinton, Patterson, Bill Robinson, Leopoldo Gout and Oyelowo.

Gary Levine, co-president of entertainment for Showtime, said: “David brings such enormous depth, sensitivity and power to every role he plays. Having him as our lead ensures that our series will have the exhilarating suspense of a political thriller along with the juicy complexity of a character drama.”

Oyelowo is known for his role as Martin Luther King Jr in the 2014 film Selma. He was nominated for both a Golden Globe and an Emmy for the HBO movie Nightingale and his other recent credits include the BBC miniseries adaptation of Les Misérables and films like The Cloverfield Paradox, Queen of Katwe, Don’t Let Go and A Wrinkle in Time.

Showtime landed the rights to the book in 2017 nearly a year before the its June 2018 release.