The first season of family comedy talkshow Chop Knuckle with Chriso has hit screens across the country. 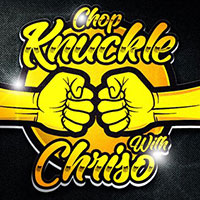 Produced in pidgin English, the show focuses on professional comedians, actors and artists.

Chop Knuckle producer and host Chris Iheuwa said: “It is a great opportunity to interact with these professionals and also give them an opportunity and avenue to express themselves freely and comfortably.”

“I trust that fellow artists and sportsmen will leverage this platform to reach out to their fans in a comfortable and grassroots way for easy communication and appreciation,” Iheuwa said.

Iheuwa holds a BA and an MA in theatre arts. He appears in AM Africa series Battleground and has worked on stage productions, TV series, movies and radio spanning a 20-year career.

Nollwood actress and producer Judith Audu, star of 2016 film Just Not Married, has announced she will be moving into the world of film directing.

The CEO of Judith Audu Productions will make her directing debut with the release of a short film titled Mirabel.

Mirabel is a movie adaptation of a poem of the same name by Moses Akerele, an actor and TV presenter who will also be acting a lead role in the short film. It is an emotional drama that will be produced and directed by Audu.

According to Audu, directing the film is “a new terrain for me and I’m only too glad to take on the responsibility. I’ve never been afraid of a challenge so I urge all my fans to look out for this short movie.” The release date of the film is yet to be announced.