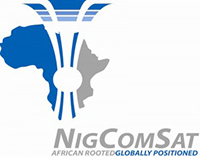 The Lagos-based satellite operator was unable to meet the deadline for digital switchover (DSO), but according to the agency, after six months of intensive testing, optimisation and trial services of the satellite, the NIGCOMSAT DTH system is capable of providing commercial broadcasting services to Nigeria and all countries within its satellite footprint.

This extends from Senegal in the West to Namibia in the South. NIGCOMSAT is also working on providing a solution for DSO using its NigComSat-1R satellite.