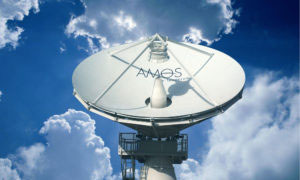 Spacecom has yet to disclose the name of the company but has said that operations will begin with its Amos-17 satellite (currently being constructed by Boeing) in 2019.

Amos-17, which is set to launch in July 2019, will replace Amos-5, covering the African continent and operating from 17º east, offering coverage of Ka-band, Ku-band and C-Band HTS services.

The two parties in the agreement each have a ‘break’ clause if regulatory permissions are not forthcoming by July 15.

Boeing Satellite Systems International is building the satellite and SpaceX will send it into orbit on a Falcon-9 launch vehicle.

Spacecom is a leading global fixed-satellite operator, offering tailored end-to-end communication solutions to the media and broadband industries. It is owned by Eurocom Holdings.