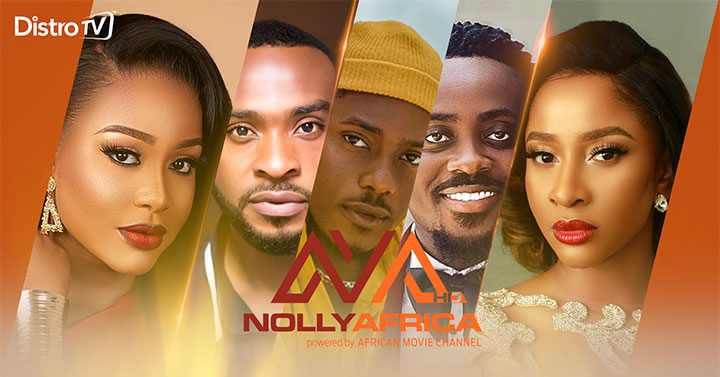 Nolly Africa HD will show English-language Nollywood movies, series, talkshows and reality programmes and will be broadcast on Nigeria’s Free TV on channel 722; the Airtel TV platform in Kenya, Tanzania, Uganda, Zambia and Nigeria; Freeview UK channel 271; Kapang channel 520 in the UK and US; and also on DistroTV channel 413.

AMC director Yinka Mayungbo said: “Nolly Africa HD is not your typical quick and cobbled-together FAST channel, it was built the AMC way. Like our two premium pay TV channels, AMC and AMC Series, Nolly Africa HD is sleek, polished and, of course, premium television, and it’s HD. We are delighted to partner with DistroTV, one of the most prominent players in the FAST space, to bring the magnetising world of Nollywood to the homes of millions.”

Navdeep Saini, co-founder and CEO of DistroScale, said: “With now more than 200 channels in our content library, we are on a mission at DistroTV to provide engaging, stimulating, entertaining content that appeals to our diverse and growing audience. As a part of our latest regional channel bundle, Nolly Africa HD does just that. We are thrilled to welcome them to the DistroTV family and look forward to continuing to expand our viewership to new regions as we grow and evolve.”

E-Networks, a cable and satellite television provider based in Georgetown, Guyana, has added two Nollywood channels to its pay TV line-up.

The new additions are African Movie Channel (AMC) HD and AMC Series, which will offer E-Networks subscribers access to movies and series from Nigeria and the rest of Africa.

Nadia Bulkan, chief operating officer at E-Networks, said: “We’re thrilled to be adding AMC Movies and AMC Series to E-Networks’ channel line-up. Our viewers have been requesting African and Nollywood content and we are proud to provide exceptional entertainment to suit every subscriber. We have no doubt that these channels will deliver the best of Nollywood content to our customers.”

AMC’s founding director and CEO Yinka Mayungbo added: “We are delighted to partner with E-Networks, Guyana’s leading TV network, to bring our channels showcasing premium Nollywood and African content, and positive narratives of Africa, to Guyana.

“We already know from our VoD days that a significant audience for our beautiful Nollywood and African stories exist in Guyana, and we hope to further bridge the gap between cultures with this partnership.”

This launch is via OTT tech company Channelbox on Freeview channel 271 and makes AMC the first Nollywood channel ever to be distributed on the UK’s Freeview platform, according to AMC.

AMC showcases Nollywood movies, along with films from elsewhere in Africa. They include AMC’s own movies from its own production division, AMC Original Productions (AMCOP), and cinema blockbusters for the family.

Yinka Mayungbo, AMC’s founding director, said: “We launched the first ever Nollywood channel in Europe in 2006. 14 years later, we are back – in time for Lockdown 3! Here’s wishing our audience in Blighty good cheer and a brilliant time watching their favourite Nollywood stars on AMC.”

Tanya Kronfli, business development director at Channelbox, added: “Channelbox has established itself as a unique and innovative OTT platform delivering TV channels from all over the world to UK TV screens using OTT technology. We are beyond excited to be the first TV platform in the UK to host African Movie Channel and deliver premium Nollywood content to UK audiences.”

The agreement marks AMC Series’ return to StarTimes after it was removed last year. As the second premium channel from AMC, it complements the flagship AMC network, which has been on StarTimes DTT and DTH since 2012.

Anona Langa, AMC’s head of productions and channel manager for AMC Series, said: “AMC Series has always satisfied the growing appetite for African TV serial and short content, and with its new look, including the injection of some exciting exclusive content from our very own production hub, AMCOP, we are sure to thrill current viewers.”

In addition, StarTimes subscribers will be offered action series such as Oghenekome, AMC in-house productions like AMC Movie Talk, The Hangout, AMC Music Lounge and Nollywood 360, as well as future programming including sitcoms, comedies and entertainment shows.

Yinka Mayungbo, founding director of AMC, said of the network’s return: “The relaunch of AMC Series on StarTimes comes with a promise to our StarTimes audience that the channel is back to stay. We heard the outcry that ensued following AMC Series’ departure in August last year. We are thoroughly delighted to be back, and this time for good.”

Lily Meng, deputy general manager of StarTimes Media Division, said: “StarTimes welcome all old friends like AMC to create better cooperation together in response to the expectation and requirement from our audiences. As an Africa-oriented media company, we trust that the joint effort put into local content will further facilitate the development of African culture.”

An Africa-wide broadcaster, with its services playing out of the UK and with offices in London and Lagos, AMC operates three 24-hour linear channels, the third being Nolly Africa, all offered on various TV platforms across Africa.