Black Panther: Wakanda Forever is an upcoming US superhero film based on the Marvel Comics character. It centres on the leaders of the fictional African kingdom of Wakanda as they fight to protect their nation from intervening world powers in the wake of King T’Challa’s death.

The festival, now in its 11th season, is themed Indigenous for Global. It will be held on November 6-7 in Lagos and will explore indigenous content and the key ingredients required to take it to a global audience.

AFRIFF 2022 will have panel discussions including Story Telling: Indigenous for Global, How to Start Your Animation Journey, Film Presentation: How to Pitch Your Film and The African Storytelling Perspective. There will also be movie screenings, masterclasses and workshops.

The event will close with a screening of Almajiri, an African drama produced by Richard Ayodeji Makun, Darlington Abuda and Mabel Makun.

The film is based on true stories and looks at the impact of trafficking and other forms of child slavery and how affects millions of children in Nigeria and other countries. Its cast includes Segun Arinze, Alexx Ekubo, Annie Idibia and Kanayo O Kanayo.

The founder of AFRIFF, Chioma Ude, said: “We are excited and proud to be a part of the premiere of this milestone film here in Africa. This is huge for the continent of Africa as it symbolises further bridging of the gaps between the global film industries.”

The Africa International Film Festival (AFRIFF) and the US Mission in Nigeria have joined forces to hold a competition for Nigerian animators aimed at supporting the country’s creative industries. The US Mission will contribute US$25,000 to AFRIFF which will award US$5,000 each to the best five teams of young animators.

The teams, made up of three to five members, will submit an animated short film based on a new point of view or unique perspective that addresses one of these themes: climate change; elections and good governance; women’s empowerment; youth engagement; and countering disinformation.

The best five will be screened at the upcoming 11th edition of AFRIFF, scheduled to be held on November 6-12.

The deadline for submission is October 30. To register, click here.

The Africa International Film Festival (AFRIFF) has begun accepting entries for its 11th edition, which is due to take place from November 6 to 12 this year. 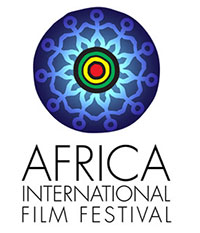 Themed ‘Indigenous for Global,’ the event is seeking entries in various categories including fiction and non-fiction films (both domestic and international), features and shorts, impact-driven documentaries and animations, with an emphasis on films that have yet to premiere commercially.

Films of any nationality or language can participate. Only films produced after January 1, 2021, are eligible for competition, while films produced before 2021 may be accepted in the programme if their story speaks to the theme.

The deadline for application is July 30. Entries can be submitted here.

African filmmaking organisation Realness Institute has created an opportunity for six filmmakers to develop their story ideas and work-in-progress scripts in South Africa, Nigeria and Switzerland.

The three-month residency will be held from August 3 to November 13 and is open to any African on the continent or living in the diaspora. Online submissions are open from now until March 7. To apply, click here.

Participants will be accompanied by Elias Ribeiro, executive director of the Realness Institute, to attend the Locarno Film Festival in Switzerland as well as a creative incubation programme, dubbed BaseCamp, while one of the selected six will attend the festival’s industry development programme, called The Academy.

They will also spend six weeks at the tranquil retreat Farmhouse 58 in South Africa, where they will be mentored by story consultants Selina Ukwuoma and Mmabatho Kau, as well as Cait Pansegrouw, creative producer at South African prodco Urucu Media.

In addition, they will be accompanied by Mehret Mandefro, Realness Institute’s director of development and partnerships, to the Africa International Film Festival (AFRIFF) in Lagos from November 7 to 13. There they will have the chance to attend the festival to take meetings and present their project to an audience of potential stakeholders.

Stefano Knuchel, head of Locarno Filmmakers’ Academy and project manager for BaseCamp, said: “After five years of an inspiring and fruitful collaboration between Realness and the Locarno Film Festival, by every year selecting one Realness talent for our prestigious Filmmakers Academy, we’re happy to deepen our exchanges by welcoming all the Realness participants in our new creative initiative called BaseCamp.

“The BaseCamp is a unique space in the context of film festivals, where 200 young talents from very different creative fields and from all over the world gather in a huge ex-military headquarters during the Locarno Film Festival to enjoy privileged access to the content of the festival and also to create a utopian space, where they give shape to different forms of creations. An innovative concept that allows the experimentation of new languages and new hybrid forms of creation.”

“Africa has been at the forefront of storytelling from the very beginning. We are passionate about telling our authentic stories. It is important to script our stories well for the global audience, hence the partnership with the Realness Institute,” added Chioma Ude, founder and executive director of AFRIFF.

The most promising projects will be awarded participation in the prestigious La Fabrique des Cinémas du Monde in Cannes, receive an EAVE Producers’ Workshop partial scholarship, an invitation to TorinoFilmLab Meetings Event and Locarno Filmmakers Academy.

“We are thankful to our old partners and excited to welcome our new ones. Nigeria is an exciting market we have long been interested in entering, so it’s wonderful that our writers will get a chance to showcase their projects at AFRIFF,” said Mehret Mandefro, director of development and partnerships for the Realness Institute.

This year’s festival, themed Africans for Africa, will be held from November 7 to 13 at the Landmark Centre.

It will give expression to players in the African film sector, aiming to raise filmmaking standards by profiling keynote conversations on issues of strategic importance.

The sessions will connect expert speakers and facilitators from around the globe who will speak in keynote conversations, workshops and seminars, aimed at sharing knowledge, ideas and trends to empower film industry professionals.

African feature films that have been selected include Oliver Black, directed by Tawfik Baba from Morocco; Binti, directed by Seko Shamte from Tanzania; Juju Stories, directed by CJ Obasi, Abba T Makama and Michael Omonua from Nigeria; and Mission to Rescue, directed by Gilbert Lukalia from Kenya.

Films in the documentary section include For the Love of Dance by Seun Adeleye, The Hero’s Walk by Tolulope Awobiyi and Road2blow by Deji Ayoola from Nigeria.

Films in the animation section include Kenda by Stephane Mendonça from Côte d’Ivoire, Lady Buckit & the Motley Mobsters by Adebisi Adetayo from Nigeria and Halima’s Vote by Mbuotidem Johnson from Nigeria.

There will also be student short-film competitions as well as masterclasses and, according to the organisers, the closing film will be Collision by Bolanle Austen-Peters from Nigeria.

The event will take place on November 13 at the Genesis Deluxe Cinema in Lagos.

It aims to bring together industry leaders and voices and also feature international corporations and influencers in the West African and Nigerian film and TV markets.

“We’ve established strong relationships with distribution titans inside Africa and across the world and have an open forum where members of the C3 Network are given opportunities to sell their content locally and internationally,” Somto Ajuluchukwu, MD of C3 Africa Network, told Content Nigeria.

“With well targeted panel sessions, we create avenues for upstream networking of young producers with major local and international studio executives who we invite as guests. One of our new features is the coproduction pitch, where we provide producers with funding opportunities for ideas to come to life.”

C3 Africa Network promises to reveal trade tips and offer a venue to network and engage in pitch competitions that will help bring stories to the screen.

“C3 Africa doesn’t recognise or make active plans to surpass similar platforms. Our key mission is to add value to producers, buyers and distributors alike, annually across West Africa and, over time, globally. We understand the core problems of local producers and what distributors and buyers are looking for, and we connect the dots annually, not only in Nigeria but the market growing in Accra,” added Ajuluchukwu.

“Our vision is take account for between N300m and N500m in trade, purchase and production value. By 2020, we are amassing those numbers as we are the meeting point for multiple collaborations that have happened in the past year. Also, note that we have been in operation for one year and are about to do our third event.

“However, what drives our market is data. We breath data and that is one of the key criteria in how we structure the event. It’s also shared in our annual magazine, making its maiden launch at this November edition. We are more interested in collaborating with like platforms in formulating a powerful industry than competing.”

Funding, technology and education are three of the elements needed to advance film production, claims Ajuluchukwu. “We need more film schools, we need more technology to make projects and we need larger budgets behind production and exhibition to advance both large and small-scale productions while building more cinemas as the market is under-served,” he said. “The industry needs to be lucrative and liquid, and that only comes from the injection of funds.”

“This gives us, as a platform, the power to steer the growth of the industry with progressive partners with a bird’s eye view of industry best practice and practical data which investors would roll over for. It’s a thought-about process. We plan to be a one of the vertebrae forming the backbone of the industry.”

C3 Africa Network is also partnering with African pay TV group MultiChoice to bring buyers to the market alongside key players for the networking sessions, as well as bringing the international market to meet local partners.