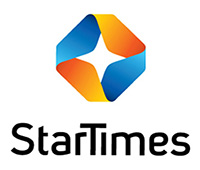 “This year, we should be able to exceed that record to 20 million viewers as the newscast will be broadcast on our channels, and right now we have about 15 million downloads on the apps,” Balogun added.

Noting that engaging in creative freestyle football could have a positive impact on young Nigerians, he added: “Freestyle involves a lot of creativity; this should propel us to do more for those that have engaged in it by bringing them into the limelight.

“We can also harness it as a means of empowerment of our jobless youths and encourage more female participation in the sport.”

The 2019 African Freestyle Football Championship will take place from September 14 to 15 at the Balmoral Convention Centre at the Federal Palace Hotel in Lagos Island.