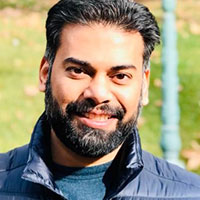 Using the app, MTN users can stream or rent a selection of SPT content and Hollywood blockbusters via MTN mobile data packages.

Movies available for rent include Spider-Man: Far from Home, The Equalizer 2, Bad Boys for Life, Bloodshot, Angry Birds 2 and Black & Blue, while films available for streaming include the classic Ghostbusters and Terminator franchises, Hancock, Jerry Maguire, Chappie and White House Down.

SPT series are also in the mix, including Community, The Shield and The Boondocks, while new film and TV titles will be added to the platform regularly.

John Rossiter, who oversaw the development of the app as executive VP at SPT Networks and Distribution, CEEMA, said: “Sony One is tailor-made to the increasingly flexible way we see media being consumed in Nigeria and across Africa today.

“Today’s launch marks the first step in an inspiring journey for SPT: we have spent a couple of years reviewing and evaluating effective ways to serve our excellent SPT content to, and engage with, this hugely important continent. It is fantastic to launch this platform and there is no better partner to launch with than MTN in Nigeria.”

Srinivas Rao, chief digital officer at MTN Nigeria, added: “We are proud of our association with Sony Pictures Television. This partnership aligns with our GoodTogether philosophy; with it, our customers, who are at the heart of everything we do, will be assured of quality international content, including movies, music and favourite shows all in one app.”

SPT has also partnered with Hakeem Condotti’s BLK HUT in Nigeria as the licensee of the service. BLK HUT is a company that specialises in monetising content for creators and aggregators. The Sony One app can be downloaded on Google Play store and Apple store, while MTN users can subscribe to the dedicated Sony One plans via the short code 5445.