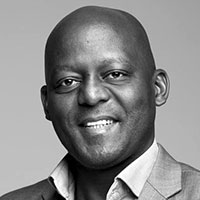 SABC board chair Bongumusa Makhathini said the corporation is not just a public broadcaster but also a fully fledged media organisation that reaches audiences beyond the traditional limits of broadcasting by using online, streaming, mobile and other platforms.

In a speech during the SABC’s 85th anniversary celebration, which was held at Oakland Park in Johannesburg, Makhathini said: “Today, we mark the 85th birthday of an institution that stands tall as a pillar of our constitutional democracy; as a vital public media organisation that weaves our nation together, reaching over 30 million people on radio and more than 20 million people on TV every week.”

As part of the celebration, two new premier radio sport shows were unveiled: Sports Night Live with Andile and The Ultimate Sport Show with Thomas Mlambo.

Sports Night Live airs on Radio 2000 and is anchored by Andile Ncube, who intends to “keep listeners on the pulse of sporting events, globally and locally,” while The Ultimate Sport Show is anchored by Mlambo and broadcasts on Metro FM.

Madoda Mxakwe, SABC’s group CEO, said: “As the corporation celebrates its 85th birthday – a key milestone for an organisation that dutifully serves citizen by providing content that is educational, informative and entertaining in all our official languages – over the coming months, the SABC will embark on campaigns and projects that will further improve the lives of citizens as it fulfils its mandate.”

“As we forge ahead, we will ensure that the SABC continues playing its critical role of promoting nation-building and social cohesion by acquiring and scheduling content that reflects South African stories on our radio, television and digital platforms. Let us join together South Africa, as we celebrate a lifetime of memories and we as the management and staff of the public broadcaster, wish it another long 85 years of broadcasting.”

SABC was established on August 1, 1936 and has since informed, educated and entertained viewers, providing news from around South Africa and the world.