International news agency Reuters has unveiled its new brand identity, having changed the name of its financial and risk business unit to Refinitiv. 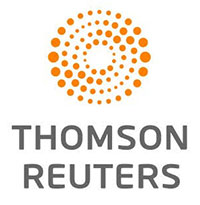 The move came after a successful partnership deal with a group of investors led by private equity firm Blackstone Group, which now owns 55% of the new business.

The new identity was revealed at the West Africa Excellence Awards, which took place in Lagos recently. The awards recognised financial market participants who had good performances and had made remarkable contributions in society.

Sneha Shah, MD for Africa at Refinitiv, said: “We are very excited to be bringing the Excellence Awards for the first time in West Africa. What is going to drive the success and growth of our economy is committed individuals and companies that are contributing to strong and stable financial systems and institutions.

“The inaugural 2018 West Africa Excellence Awards will recognise and highlight the great work of individuals and companies who, amongst many outstanding nominees, were selected by the independent judges as the ones producing the most impact for West Africa’s financial markets.”

Dr Okwu Joseph Nnanna, deputy governor of economic policy at the Central Bank of Nigeria (CBN), represented by Dr Alvan Ikoku, said: “Thomson Reuters Refinitiv has been a dependable partner of the CBN and other financial institutions within the West Africa sub-region in developing support for financial products and information.”