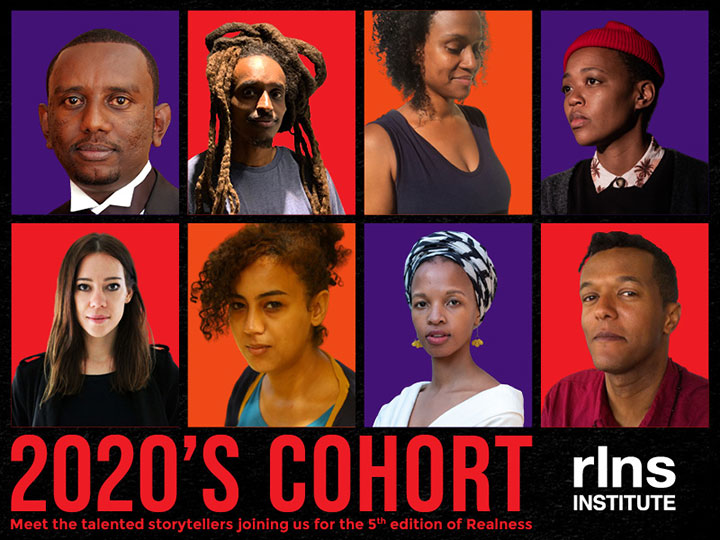 The Realness Institute’s African Screenwriters Residency, which provides African writers with creative support to refine their projects, has announced its residents for this year.

The eight residents come from Morocco, Ethiopia, Burkina Faso, Sudan and South Africa and will participate in the fifth edition of the programme, which began on July 1 and will run until September 1.

After the residency, the individuals will present their projects at the first-ever virtual edition of the Durban Film Mart, taking place from September 4 to 13 this year. They will also hold one-to-one online meetings with potential partners.

The Realness Institute, which also helps writers to present their projects to industry partners for potential financing and production, has so far supported 30 feature film projects from all over Africa.

Realness Institute co-founder Cait Pansegrouw said: “We are extremely proud that the first two films to be realised after taking part in the programme have gone on to screen at Venice, TIFF, Sundance, IFFR and Berlinale, winning awards and securing international sales.”

Mehret Mandefro, co-founder of the Realness Institute and of partner Truth Aid Media, added that while “the format may have changed, the pedagogical team, framework and spirit of creative incubation will remain the same. The adapted format has given the residency scope to expand its selection, resulting in eight residents being selected in 2020.”

Fellow Realness Institute co-founder Elias Ribeiro said: “In supporting African producers, we see this programme as a catalyst for more Realness projects to be realised and take their place on the world stage. We are committed to building more dynamic ecosystems in cinema in Africa, investigating new business practices, innovative financing and coproduction structures between Africa, Europe and North America.”

Programme manager Asanda Biyana added: “Although we are disappointed to not be returning to our creative home at Nirox in South Africa due to the Covid-19 pandemic, it did not seem like an option to postpone the residency. Cinema and the arts at large are more in need of support than ever before and, with so many of us in national lockdowns, we wanted to surge ahead and use this difficult time to cultivate new stories.”