Nigeria lines up The Price Is Right

Classic US gameshow format The Price Is Right (TPIR) is coming to Nigeria on DSTV, TVC, AIT and GOtv. 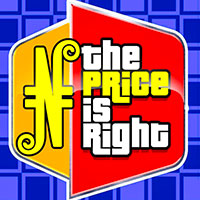 The local adaptation of the show, one of the longest-running gameshows in history, will be presented by Frank Edoho, former host of Nigeria’s version of Who Wants to be a Millionaire?.

Ahead of TPIR’s Nigerian launch, producer Genesis Studios is offering the public first-hand experience of the format with games via radio programmes and online platforms, from now until August 31.

The announcer on the show will be Mannie Essien, who also hosts one of the radio programmes that will give Nigerians a taste of the game – The Good Morning Nigeria Show with Mannie and Kemi Smallzz – on Mondays and Wednesdays at 07.00.

In addition, members of the public will get the chance to win prizes in a TPIR-style game by spending more than N5,000 at select Spar supermarkets until August 5. Outlets include Spar Ilupeju and Spar Opebi

Spar is the official partner of TPIR Nigeria, with other sponsors including Indomie and Peak.

The show is set to hit screens later this month. Interested participants are encouraged to visit www.thepriceisright.ng to register for a chance to be involved.

Genesis Studios announced it had acquired the rights to air TPIR in Nigeria in 2017, in association with London-based television content, production and distribution company FremantleMedia.

TPIR was originally produced for US broadcast network CBS by Mark Goodson and Bill Todman, having been created created by Bob Stewart. The format has been produced locally in 43 territories.

tagged in: The Price Is Right