MultiChoice Nigeria may be forced to stop running its pay TV networks DSTV and GOtv after reports suggested it would not be able to renew its licence when it expires next June. 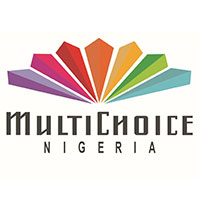 The company has allegedly received a letter from the Nigerian Broadcasting Corporation (NBC) stating that the licence issued to it by NBC in 2014 would not be renewed because it was not in line with Digital Switch Over white paper.

NBC spokeswoman Maimuna Jimada said: “In line with the government’s white paper on the transition from analogue to digital broadcasting, after June 2019, pay DTT operators would no longer be licensed to operate as both content providers and signal distributors. They will henceforth have to be carried by the licensed signal distributors.”

To continue operations in 2019, MultiChoice will have to go to licensed signal distribution companies Pinnacle Communications Ltd or ITS.

Prior to receiving the alleged letter, MultiChoice had been accused of overcharging Nigerian subscribers by increasing its prices and offering inflexible subscription options.

MultiChoice Nigeria began operations in 1993 with pay TV platform DSTV. It has since expanded to become one of the leading broadcasting companies in Nigeria, with its pay TV platforms DSTV and GOtv.