Pay TV group MultiChoice Africa has released the names of 59 students who have been selected to take part in the second yearly internship of the MultiChoice Talent Factory (MTF) academy. 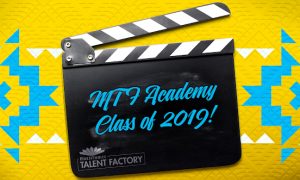 “As one of the few industry players that not only tell African stories but also invest in them, the need for a dynamic training programme such as the MultiChoice Talent Factory academy has been a long time coming,” said Uys-Allie.

“At MultiChoice Africa, we always ask ourselves: what’s next in the industry and how can we better prepare for it? The MTF academy was the answer to that question. By giving young Africans the chance to hone their television and film production skills.”

While it grows its relationships with the international film and TV industry, the graduating students of 2018 are preparing to have their films screened on M-Net channels across sub-Sahara Africa on DStv, and on MultiChoice’s subscription video-on-demand (SVoD) service, Showmax.

The new class of 2019 will have their course qualification conferred on them by the Pan-Atlantic University in Lekki, Kenyatta University in Nairobi, and the University of Zambia in Lusaka as soon as they complete the academy programme.