Eric Anthony, founder of Onfire Studios, has been declared winner of the ninth season of entrepreneurial reality TV show The Next Titan. 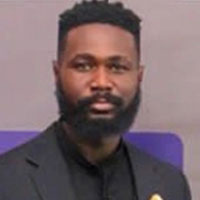 Tagged The Game Changer, this year’s edition had 18 contestants who demonstrated their entrepreneurial acumen with business ideas by engaging in various business challenges during the 10-week series.

Each week the entrepreneurs were divided into two teams to tackle a business task, led by their supervisors. After completing each task, both teams returned to the boardroom to discuss their experiences and give their report before the board of judges, and in the boardroom, a team was declared a winner or a loser.

Anthony eventually emerged as the winner and was awarded a grand prize of N20m to support his business. The first runner-up was Chioma Ukpabi, who won N2.5m, while the second runner-up was Praise Ben Ajogbor who won N1.5m.

“A Game Changer is an event, idea or person that effects a significant shift in the current way of doing or thinking about something. I experienced 10 weeks of pure hard work manifest into an actual reward. My journey on The Next Titan will forever remain one of the most remarkable experiences in my life. There’s so much that needs to be done and I’m ready to go get it,” said Anthony.

The Next Titan season nine was sponsored by cryptocurrency company Luno and aired on AIT and Africa Magic Family.

The Next Titan started airing in 2013 and is developed and produced by Lagos-based Bravopoints International. The company is also behind busines-themed TV series The Mavericks, The Proteges and Conversation with the Colossus.