African media group Econet Media has set up a joint venture with Vice Media to bring localised content to Sub-Saharan Africa in 2018.

The new service, Kwesé VICE, will develop and produce locally tailored youth-focused lifestyle and culture programming for its channels and third-party platforms across digital and linear.

The latest deal will also see Viceland launching in South Africa as part of a roll-out in 45 Sub-Saharan African countries.

Kwesé VICE, which includes a local production studio, will be headquartered in Johannesburg with regional offices in Nairobi and Lagos. 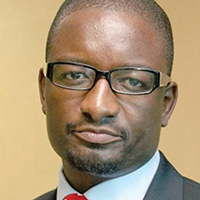 The deal will increase Vice Media’s presence to more than 80 territories by the first quarter of 2018. Earlier this year, it struck deals with Brazil’s Globosat, Moby Group in the Middle East and Times of India.