The winners of the eighth edition of the DSTV Eutelsat Star Awards essay and poster competition have been revealed. 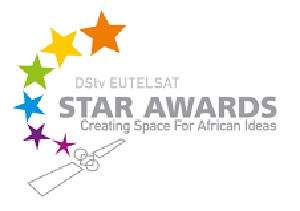 The essay category was won by Tirzah Ikiri of Zamani College, Kaduna, while the poster award was won by Prosper Okarike of Graceland International College, Port-Harcourt.

The runner-up in the essay category was Micheal Okwutu of The Heavenly College, Lagos, while Wandoo Ayabam of Hill Crest School, Jos, was runner-up for the poster.

The Nigerian winners can now compete to be crowned Africa’s best in both categories. The competition was open to students between ages 14 and 19 and over 70 entries were received.

John Ugbe, CEO of pay TV group MultiChoice, said: “The award is meant to inspire innovative thinking among secondary-school students in Africa, to create awareness of how science and technology can be applied to everyday life and to showcase the many ways that satellites already impact the development of the African continent.”

This competition was organised by Naspers-owned MultiChoice in partnership with European satellite operator Eutelsat.