UK pubcaster the BBC has published its annual report for 2017/18, revealing details of its operations and spending around the world. 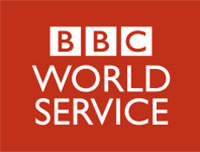 The release comes soon after that of its Global Audience Measure, in which the BBC disclosed that Nigeria was its largest market outside the UK.

According to the new report, content accounted for 94% of the BBC’s expenditure in 2017/18, with the remaining 6% spent on organisational operations.

The report also detailed the growth of the BBC’s World Service, with 12 local-language versions, including Yoruba and Igbo services, launching during the period. The year also saw the opening of the World Service’s Lagos bureau, which serves as the headquarters of its West African operation.

Addressing the issue of the gender pay gap, the report stressed that the BBC was doing everything in its power to ensure it leads the way on gender pay and equality.

“We have committed to closing the gender pay gap by the end of 2020 and recently published figures showing the median gap has fallen from 9.3% to 7.6% following concerted action,” the pubcaster said.

“Today’s publication of money paid to those who earned more than £150,000 (US$197,000) from the licence fee shows further progress towards gender equality, with the latest figures showing a 60:40 male to female split in our highest-earning presenters in 2018/19 – a significant improvement from 75:25 – and we are committed to further rapid progress.

“Around 20% of those on the list in 2018/19 are also projected to be from black and minority ethnic backgrounds.”