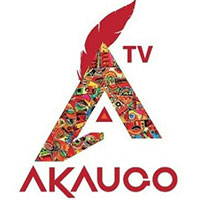 Akaugo is a premium lifestyle and entertainment channel that features everything in the Igbo language.

Shows on the new network include Oge Isi Nri, a cookery series hosted by renowned event planner Ijeoma Okonkwo. This show is meant to empower viewers on the techniques of cooking and also demonstrate how fun and inspiring cooking can be.

Ochiedike Akaugo – translated to mean Akaugo Legend – is a show that features award-winning individuals who are still relevant in the entertainment industry. Each episode reveals their works and experiences.

Ngozi Ka Esi Ebindu, meanwhile, is a lifestyle show hosted by Grace Essien. It informs and educates viewers on fashion trends and lifestyles.

Another series, O Na-Ewe Abuo follows the love stories of couples in an attempt to educate viewers on trust, good relationships and values. Breakfast on Akaugo is a morning show that airs on Mondays, Wednesdays and Fridays. This segment features guest interviews.

Funmi Adenaike, general manager of Play TV, said: “The channel is unique because it is not your regular movie channel, it is your go-to Igbo channel for entertainment, information and lifestyle.”

Akaugo TV can be found on Channel 323.