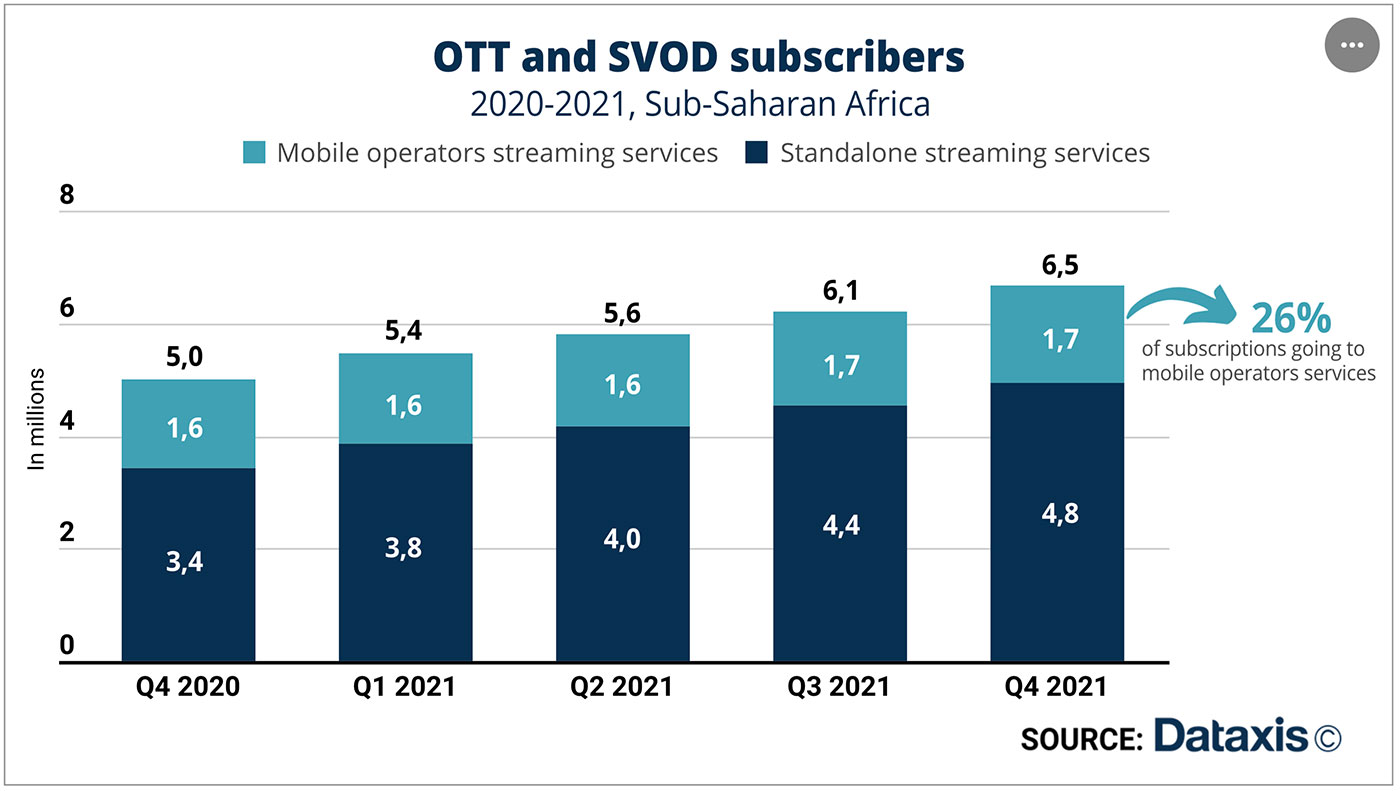 African OTT video consumption will be driven by the increasing number of mobile internet subscribers and is expected to grow by another 50% by 2026 to reach around 709 million, according to research.

International data company Dataxis found increasing numbers of OTT subscribers now choose mobile operators’ apps, and with the growth in the streaming market, mobile operators are, in turn, offering their own mobile platforms to capture the growing demand.

“Since mobile internet subscriptions are more accessible and affordable than fixed internet, OTT platforms have had to adapt their model to make their content easily consumable on mobile and a lot of multinational telecommunication companies such as Globacom, Airtel, MTN, and Orange have decided to become full players in the video streaming market in sub-Saharan Africa,” said the report’s writer and analyst, Léa Zouein.

In May 2021, Kenyan mobile operator Safaricom launched its own mobile streaming service, Baze, with local and regional short videos.

Airtel, Globacom, MTN, Orange, Safaricom and Vodacom are all examples of telecoms companies deciding to become full players in the video streaming market in sub-Saharan Africa.

In the coming years, Dataxis predicted, OTT video consumption will be driven by the number of mobile internet subscribers, which grew by about 8% between 2020 and 2021 and is expected to grow by another 50% by 2026 to reach around 709 million.

“For several years and in various African countries, MTN has been a partner for multiple streaming platforms such as Wi-Flix, Showmax and StarNews and, more recently, for the Kiwi platform launched in early 2022 by the group Cote Ouest Audiovisuel,” continued Zouein.

“Vodafone and Safaricom both work with Wi-Flix. Vodafone also works with StarNews alongside Moov and Orange, and Vodacom is partnered with Netflix, Showmax and Amazon Prime Video. Mobile operators therefore continue to aggregate streaming platforms while launching their own services.”