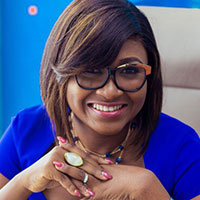 Both the new channels will go live on April 5 and air original content that is intended to appeal to a pan-African audience.

ROK 2 will air indigenous Africa films and TV drama series while ROK 3 will carry a mix of movies and music, with a focus on Ghanaian movies. These will include Agya Fakye Me, Ama Pooley, Born Again, Coach Krakye and Ye Obi Dea Yie and West African music that will air daily from 23.00.

The channels will join ROK, the studio’s first channel that launched on DStv in 2016.

According to Mary Njoku, CEO of ROK, the launch of the channels will help showcase Nollywood and Ghanaian stories to a greater audience. “Great storytelling is at the core of everything ROK does. So we are really delighted to be launching two new TV channels on DStv and GOtv,” she said.

“Everything we do as a film studio has passion and intensity behind it. We ensure beautiful, thrilling and, ultimately, entertaining African stories, which are brought to life with improving production standards. What we achieved with ROK has resonated with audiences around the continent, allowing us to build on our success and bring even more brilliant Nollywood and Ghanaian stories, direct to our loyal fans on DStv.”

Martin Mabutho, general manager of sales and marketing at MultiChoice Nigeria, said: “It is such a great pleasure to be launching these two new ROK channels on both our platforms.

“Our aim is to find content that resonates with our customers and, more, we have realised that our customers love home-grown stories and watching local talent. Adding these two channels speaks to just that. Providing a platform to our African storytellers and celebrating local talent and productions is part of our DNA and what we aim to deliver to our customers for years to come.”

In 2016, the Nollywood studio launched its ROK channel launched on DStv, three years after it first launched on Sky. ROK is a TV channel created by the eponymous Lagos-based film studio known for its original TV series and Nollywood movies, such as Husbands of Lagos and Single Ladies.