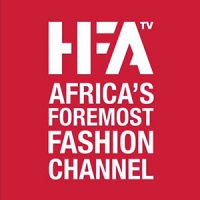 The 24-hour fashion channel focuses on the continent’s fashion industry, giving viewers an insight into what happens backstage and in the front row at fashion shows, highlighting stylists, designers, models and more.

Its shows include ICYMI: Haute Outside, Haute List: Top Dix and Shop My Closet.

HFA TV CEO Oluwadamilola ‘Wadami’ Amolegbe said: “With over 30 million mobile data subscribers in Nigeria, Airtel is offering its users added value with the introduction of HFA TV and helping us keep to our mission to preserve and promote African fashion.”

HFA TV is available free on the Airtel network as long as you download the Airtel TV app. The channel can also be watched in Nigeria on FreeTV (Channel 821) and PlayTV (Channel 200).

A weekly style show devoted to celebrating brands that cater to the fashion needs of Muslim women in Nigeria has returned to television screens for a second season.

The Muslimah Style Guide show launched in 2018 and is supported by Halal investment company Lotus Capital.

The debut seasons of Shop My Closet and Muslimah Style Guide will both begin airing on African free-to-air entertainment channel Silverbird TV this month.

Half-hour series Shop My Closet sees accomplished professionals and celebrities discuss their style. It will air on Silverbird every Wednesday at 11.00, from today to November 7.

Muslimah Style Guide, described as Nigeria’s foremost style show for Muslim women, is hosted by style consultant Oyinkansola Fatima Momoh. It will air on Silverbird on Fridays at 15.30, from August 17 to November 9.

“HFA TV’s mission is to build communities on different platforms to link African fashion brands to the right fashion audience. We are happy to be charting the course online and on television,” said HFA TV CEO Oluwadamilola Amolegbe.

An online fashion and beauty directory aimed at Muslim women in Nigeria has launched its first TV show exclusively on HFA TV.

The series is devoted to celebrating brands that cater to the fashion needs of Muslim women in Nigeria, marking the first fashion-focused TV content to target this demographic.

Muslimah Style Guide is anchored by Oyinkansola Fatima Momoh, a managing consultant who runs the only style consulting company for Muslim women in Nigeria.

Momoh hosts different Muslim women at the Muslimah Style Guide Hub, a private, women-only space in Lagos that serves as a place for women to learn and understand Islam.

Shows in its launch line-up include ICYMI: Haute Outside, Haute List Top Dix and Shop My Closet.

HFA has been an online destination since 2006. Speaking about the channel launch, HFA TV CEO Oluwadamilola ‘Wadami’ Amolegbe said: “For a decade, the Haute Fashion Africa brand has maintained its commitment to being a platform profile for African designers exhibiting a taste for the cultural.

“Tempered with an appreciation of the varied degrees of influence by the West in today’s fashion, the website has served as an exposure in the fashion world. With the recent launch of HFA TV, it furthers the narrative through television.”

Pay TV platform Play TV, formerly known as ConSat, offers a wide range of entertainment, from kids’ shows to sports, news, music and movies. It has more than 50 channels, some of which are exclusive to Play TV, such as HFA TV, 1 Comedy, 1 Music and Irawo TV.