Nigerian-British actor and writer Adewale Akinnuoye-Agbaje has discussed his directorial debut, Farming, in an interview with Accelerate TV.

Having worked on the movie for over 15 years, Adewale shared how the journey to writing and directing the film, saying it was a therapeutic one for him and a major part of discovering self-love.

Adewale, who was brought up by a white family at six weeks’ old, already experienced ‘farming’ from a tender age and so the movie is a reflection of the emotional, physical and mental trauma he went through being a black man in a foreign environment.

The drama centres on Enitan, a child whose Yorubá parents give him to a white working-class family in London in the 1960s, and who grows up to join a white skinhead gang led by a white supremacists.

According to him, the movie is a deep and personal one that gives him an identity as a filmmaker. “It speaks to the core of who I am as a human being,” he said.

To him, the term ‘farming’ was used by British social workers to describe the practice of Nigerians coming over to Britain in the 60s, 70s, 80s and 90s, whereby they fostered or farmed the children off to working-class families.

He grew up hating his black skin and having a negative impression of who he really was because the society he lived in always reminded him he did not belong there.

Self-realisation began when his Nigerian parents took him to Nigeria at age eight and he started seeing things differently.

This practice of farming by Nigerian parents made him wonder if “what they were searching for was worth what they were giving up. Was it ambition, education, strata over love?” Adewale asked.

Adewale also uses the movie to honour those people who have experienced forms of farming in their life time.

A new documentary series focusing on male entrepreneurs has debuted on Accelerate TV in Nigeria, in partnership with YouTube.

Brotherhood: Ring of Fire, produced by Nigerian filmmaker Kemi Adetiba, showcases a group of men who reveal their stories of success, disappointment and failure, and explain how they overcame challenges.

According to a post on the channel’s Instagram page, those featuring in the series include business consultant Fela Durotoye, chef Fregz (aka Gbubemi Fregene), recording artist Lynx, fashion stylist Noble Igwe and producer Godfrey Ibeakanma.

The series comes after Adetiba’s series about female entrepreneurs, King Woman, and can be seen on Thursdays on Accelerate TV.

The third edition of the Accelerate Filmmaker Project has selected its top five entries.

The initiative, set up by African entertainment portal Accelerate TV, aims to sharpen the skills of Nigeria’s young aspiring filmmakers and give them the opportunity to make their own short films. These will debut at Nigeria’s AFRIFF 2019 film festival and will also be made available on Accelerate TV.

A post on Accelerate TV’s Instagram page said: “The final five filmmakers emerging from the Accelerate Filmmaker Project 2019… which means five dope short films are coming to you this year!”

The initiative, from Accelerate TV, is geared towards training and harnessing the filmmaking skills of Nigerian youths, while providing them with an opportunity to make their own films.

This year will see 25 participants receive training from Nigeria’s top film industry professionals for a week. Five winners will then be chosen to receive mentoring and funds to make their own short films, which will debut at Nigerian film festival AFRIFF 2019 and will also air on Accelerate TV.

Accelerate TV head Colette Otusheso said: “We are excited to be bringing back a third instalment of our award-winning capacity-building and mentoring project. This year we will be training and empowering more young people and throwing in some big surprises along the way. The AFP is all about training and empowering young people while giving them the skills, tools, access and a stepping stone to realise their dreams and bring their stories to life.”

The AFP is produced by Bolanle Olosunde-Jenrola and award-winning filmmaker Kemi Lala Akindoju.

Weekly show Off the Menu debuts at 17.00 on Friday January 25 and will feature Nigerian celebrities displaying their culinary skills.

The meals will range from African to intercontinental dishes and the celebrities taking part will include music artists Omawumi, Lynxxx, Seyi Shay, Toolz and Spech.

tagged in: Accelerate TV, Culinary, Off the Menu, Soliat Bada

The show, which launched in November is hosted by comedian Ebiye Victor, reflects the daily experiences of people in the city of Lagos.

Its second episode, titled Two Can Play The Game, can be watched on Accelerate TV every Thursday at 4pm. 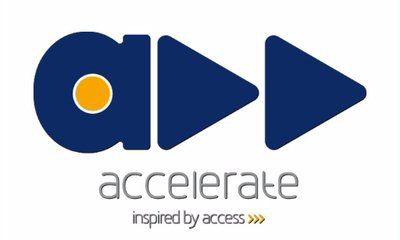 The story revolves around five main characters, National Youth Service Corps (NYSC) members who are constantly hassled by a troublesome coordinator, played by Damilola Olatunji, during their service year.

It will air on Accelerate TV on Thursdays at 12.00.