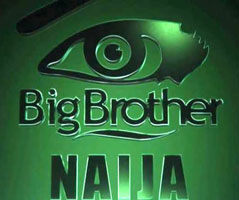 The news was revealed by John Ugbe, CEO of MultiChoice Nigeria, the company behind the programme, at a media briefing.

Auditions for this year’s instalment of the show will take place in eight locations across Nigeria on February 1 and 2: Lagos, Abuja, Port Harcourt, Calabar, Warri, Ibadan, Benin and Enugu.

Ugbe said: “This fourth season promises to be even bigger than previous editions and underscores MultiChoice’s position as the biggest investor and driver of entertainment content on the continent.

“The show is known to bring excitement and entertainment to fans and viewers across the continent. It will house strangers over a period of three months who will contest against each other in a battle of wits for the ultimate prize.”

Since debuting in 2006, the show – the African version of the globally successful Big Brother format – has launched the careers of celebrities and influencers such as Ebuka Obi-Uchendu, Gideon Okeke, Katung Aduwak, Bisola Aiyeola, Efe Ejeba and Uriel Oputa.